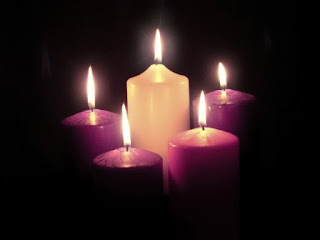 O God, it always seems like a long wait to finally arrive to the manger and worship the Christ Child. We can only take so many Hallmark Christmas specials, Christmas movies, and TV specials.

There comes a time when we need the real thing. We need you! We need to be in this beautiful church tonight because you have given us the greatest gift we can ever receive, Jesus Christ.

The candles, the poinsettias, the decorations, the music, all help us to receive hope, peace, joy, and love symbolized by the candles around our Advent Wreath. These are gifts that we can open throughout the year, long after our other gifts are opened on Christmas morning, broken, or even forgotten. Thank you for the gift of Christ who is our Emmanuel, “God with us!”

O God, we lift up those who are in special need of you this night as they face struggles and challenges in their daily lives. We pray for the homeless, the broken-hearted, those with illnesses and medical challenges, and those who are facing difficult decisions.

After the last candle is blown out from tonight’s service, remind us that the light of Christ will always shine brightly as we seek to follow Him. May tonight be a new beginning for us as we allow the light of Christ to shine in our lives through our prayers, presence, gifts, service, and witness.

And help our church to not forget to shine your light in all that we do and say. May our church be like a lighted candle that always shines brightly right here in the heart of this university community. Shine your light through us, even as we leave from here tonight. In the name of the light of the world, Jesus Christ, we offer this prayer. Amen.
Posted by Robert McDowell at 7:35 AM No comments:

Sermon (Christmas Eve) by Rev. Robert McDowell - "When There's No Room in the Inn" 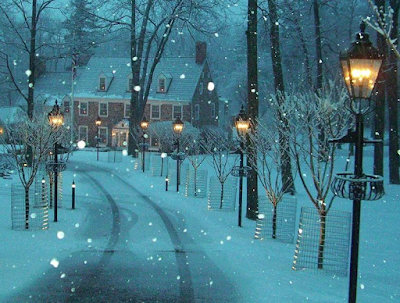 I’m just curious, how many of you have heard of the term, “de-icing?”  Well, evidently, our plane had a long delay on the runway because of a de-icing situation.
Ok, here’s the thing.  We were supposed to fly from Dayton to Cleveland to Baltimore/Washington, then rent a car and drive about 45 minutes up to Pennsylvania and be with our family by early afternoon that day for a big Christmas meal.
But here’s what really happened.  The whole de-icing thing delayed us so much that we ended up in Newark, New Jersey, and the next connecting flight to Baltimore/Washington wasn’t until 6 in the evening on Christmas Day.  So we ended up spending most of our Christmas day that year stranded in the Newark airport.
Somehow, we managed to create a new Christmas day traveling memory by eating our Christmas meal at a TGI Fridays near the terminal.  Please do me a favor and talk me out of ever traveling on Christmas Day again.
Actually, when we finally made it to see my family later that evening, our long day of traveling was still worth it.  To see my brother, two sisters, and their families, and to be with my mom which was the last Christmas I was able to spend with her before she passed away, it felt like I was home.
One of the things that Luke helps us to see about that first Christmas is that even when there doesn’t appear to be any room for us, God is still there to guide us, and will help us find our way home.
No room in the inn?  No problem, God can even use an animal trough.
No room in the inn? No problem, God will use the hospitality of a single mother at 4 am on Christmas morning.
And from there, Luke tells us about the shepherds, the outsiders, who upon the appearance of God’s messengers, end up hearing the good news of the Messiah’s birth and go to Bethlehem to see for themselves.
And after arriving at the manger, they can’t stop praising God and rejoicing over this good news.  They end up sharing their joy with everyone around them.
Not being able to find any room in the inn isn’t the end of the story for Luke.  In fact, it only leads to even more people experiencing the joy and hope of Christmas.
For those of us who might feel like there is no room in the inn, this might be a time to think about this old story again.   Maybe you’re like the shepherds.  You made your way to church on Christmas Eve and the good news of Christ’s birth is just what you needed to hear.
This is news that will make an eternal difference in your life, to know that God loves you, is the hope of the world, and invites you to be part of his family.  You will leave here tonight and you will keep on singing, “Joy to the World” for days and weeks to come.
Or maybe you’re here tonight, and you’re more like Mary, pondering what this good news will mean for you, your family, and the world.  As you hold the hope of Jesus in your arms, you don’t want this night to ever end.  This is a holy moment.  One that needs to be treasured.
When there’s no room in the inn, Luke tells us, that either response is perfectly acceptable. The important thing isn’t how you arrived here tonight. The miracle is that we are here, and there is room for each and every one of us.


Welcome home!
Posted by Robert McDowell at 6:30 AM No comments: 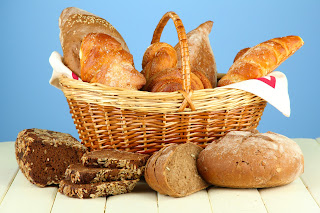 Personally, I prefer my Jesus to be detachable.

Now don't get me wrong,
I like having Jesus around.

But during the 4 weeks of advent,
I prefer an empty manger, please.

I have several nativity scenes
that I place around my home during the season.

They vary in style and look
but they all have one thing in common.....
a detachable Jesus.

When it comes to creche (nativity) scenes,
I am very mindful of protocol and order.

Week one of Advent, there is only a lamb in the stable.

Week two, the cattle shows up
According to the carol, Away In A Manger, they are lowing.
If you assume the title is true in Silent Night,
then I don't really know what the cattle were doing.

By week three,
the rest of the animals wander in.

Week four,
the innkeeper (that's the guy holding the lantern)
starts hanging around.

On Christmas Eve afternoon,
just before I leave for church,
Joseph and Mary come a knocking.

The detachable Jesus makes His appearance
only after I return home at midnight.
The shepherds usually crawl in about 1am.

Let's not even talk about the Wise Men.....
they best not show up till Jan 6,
long after the shepherds go back to abiding in the fields.

No, I Iike my Jesus detachable.
There's only one problem with a detachable Jesus....
where do you put him during advent??

Last year, when I came  home from church services at midnight
I did my usual routine
and slipped into my pajamas and slippers
(sorry, no cap for me, no kerchief for mama either).

I turned on a Christmas broadcast from a
world-renowned cathedral,
and let the music bathe the house.

Then I went in search of the Alpha & Omega.

Now I am sure that you have your special place that you put your Emmanuel.
Mine is in the silverware drawer of the hutch,
cradled in the slotted spoon.

I'm not sure why the slotted spoon,
except that it kind of looks like a good place
to cradle a baby Jesus.

As I opened the drawer,
I began to sing  with great vigor Joy to the World.

As I reached  let earth receive her king,
I gasped.

There was no king to receive.
The Savior was not in the slotted spoon.
I looked under the ladle for the Lord of Lords.
under the pickle fork for the Prince of Peace
under the butter knife for the Bright Morning Star.

The King of Kings was nowhere to be found.
The Christ Child had escaped from the cutlery.

As a pastor,
you learn to adapt
when things don't go as you planned in worship.

But as a common man
in search of my ceramic Jesus,
I was lost.

After several  minutes
of searching every nook and cranny of the hutch,
I accepted Christmas Eve news that was even worse
than being placed on the naughty list.

My Mighty God
was missing in action.

I did the next best thing.
Since my Rose of Sharon was nowhere to be found,
I pulled a cloth rose out of a nearby decoration
and laid it in the manger.

I went to bed saddened that
I had somehow misplaced the Wonderful Counselor.

Apart from having a liturgical correct creche,
having a detachable Jesus
is not a good thing.

If I couldn't walk away from Him,
then I wouldn't fall into the darkness of my sin.

Instead,
I closed my eyes and slept into the darkness of that night.

I awoke Christmas morning to a beautiful sun splashed morning.

As an adult,
my first instinct Christmas morning
is to go to the kitchen for a hot beverage.
The days of running down the stairs to the Christmas tree
are long since gone.

As I waited for my tea to boil,
I remembered that my Lion of Judah was missing.
The sadness of the night began to return.

Then as surely as the light of Christmas morning
filled my home,
light filled my head and I remembered.....

I had polished the silver last month.....
at the beginning of advent.

The Bread of Life was lying in the bread basket!
The Hallelujah Chorus erupted
as the Word become flesh took His rightful place in a humble manger.

As we approach another celebration of Christmas,
many of us are saddened by the rampant commercialism
and the inordinate distractions
that the season brings.

Let the cash register continue to ring up its purchases,.....
Meanwhile the Good Shepherd continues to account for each of His flock.

Let the electric meters continue to whirl out of control......
Meanwhile the Consolation of Heaven continues to pray on our behalf.

Let the ovens continue to bake up confectionary delights........
Meanwhile the Bread of Life has been offered to the world.

Let the world do what it has always done,
it is no less busy or distracted then it was in Bethlehem 2000 years ago.

What matters the most
is our attachment to Jesus.

This year, I know He is safely cradled in the slotted spoon for a few more days.
More importantly, He is cradled in my heart.
May He be cradled in yours
and may your celebration of Christmas stir your heart and soul.

And in the same region there were shepherds out in the fields,
keeping watch over their flocks by night.
And an angel of the Lord stood before them
and the glory of the Lord shone around them
,
and they were terribly frightened.
And the angel of the Lord said to them,
do not be afraid;
for behold I bring you tidings of great joy which shall be for all people;
for today in the city of David, there has been born for you,
a Savior, who is Christ the Lord.
Luke 2:8-11

Posted by Robert McDowell at 10:04 AM No comments: