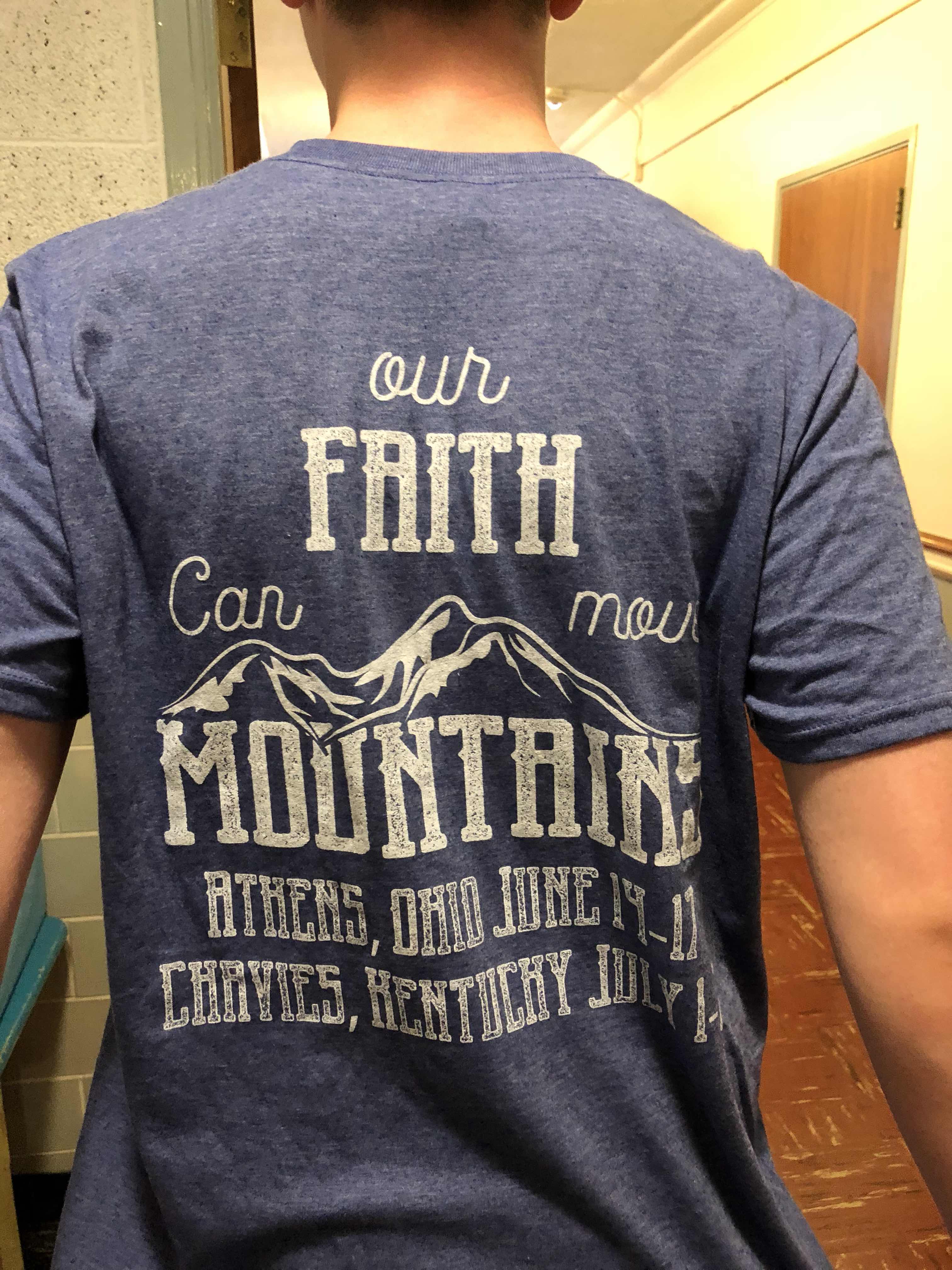 [This past Thursday through Sunday, our church hosted 28 youth and adults who are part of the Rocky River UMC in Cleveland. We provided lodging for them and also made them a taco meal on Friday evening which they loved! They did home repairs for an elderly woman in Athens County and some projects at Camp Otterbein. They attended our 9 am worship service before leaving to go back to Cleveland. The picture above is one of the youth wearing a mission t-shirt that says, “Our Faith Can Move Mountains.” Below is a picture of their group when they arrived at our church on Thursday evening.]
O Lord, who calls us based on our heart, not our height; our readiness, not our resume; our humility, not our heredity; our openness, not our opinions; our devotion, not our degrees; and our trust, not our talk; like David, use us to be part of the building of your kingdom here on earth.
When you call our name to follow you, remind us to simply say, “Here I am, Lord. Use me.” Use me to pray. Use me to worship. Use me to give. Use me to serve. Use me to witness. Even with all of our imperfections, insecurities, and uncertainties, thank you for calling each one of us; young and old, rich and poor, tall and short, to follow you and to live out our faith.
On this day, we are especially grateful for fathers who have given us life and love. Our hearts go out to fathers who have lost a child through death, that their faith may give them hope, and their family and friends support and comfort them.
We also pray for men without children of their own who like fathers have nurtured and cared for us. And we pray for fathers who for whatever reasons have been unable to be a source of strength, who have not been responsive to their children, and who have not sustained their families.
God, our Father, in your wisdom and love you made all things. On this Father’s Day, we ask that you would bless all men. Let the example of their faith and love shine forth. And grant that we, their sons and daughters, may also aspire to be the people you are calling us to be.
Lord, we thank you for the Rocky River United Methodist Church mission team who stayed at our church this past weekend and served in your name. Thank you for empowering them to bless our community through their service. Our faith really can move mountains!
And Lord, on this Sunday following the summit between our President and the leader of North Korea, we join all of our Korean brothers and sisters who worship here in our church, in praying for a more peaceful and just world.
We pray this in the name of the Prince of Peace, who taught us to pray together saying…
“Our Father, who art in heaven…” 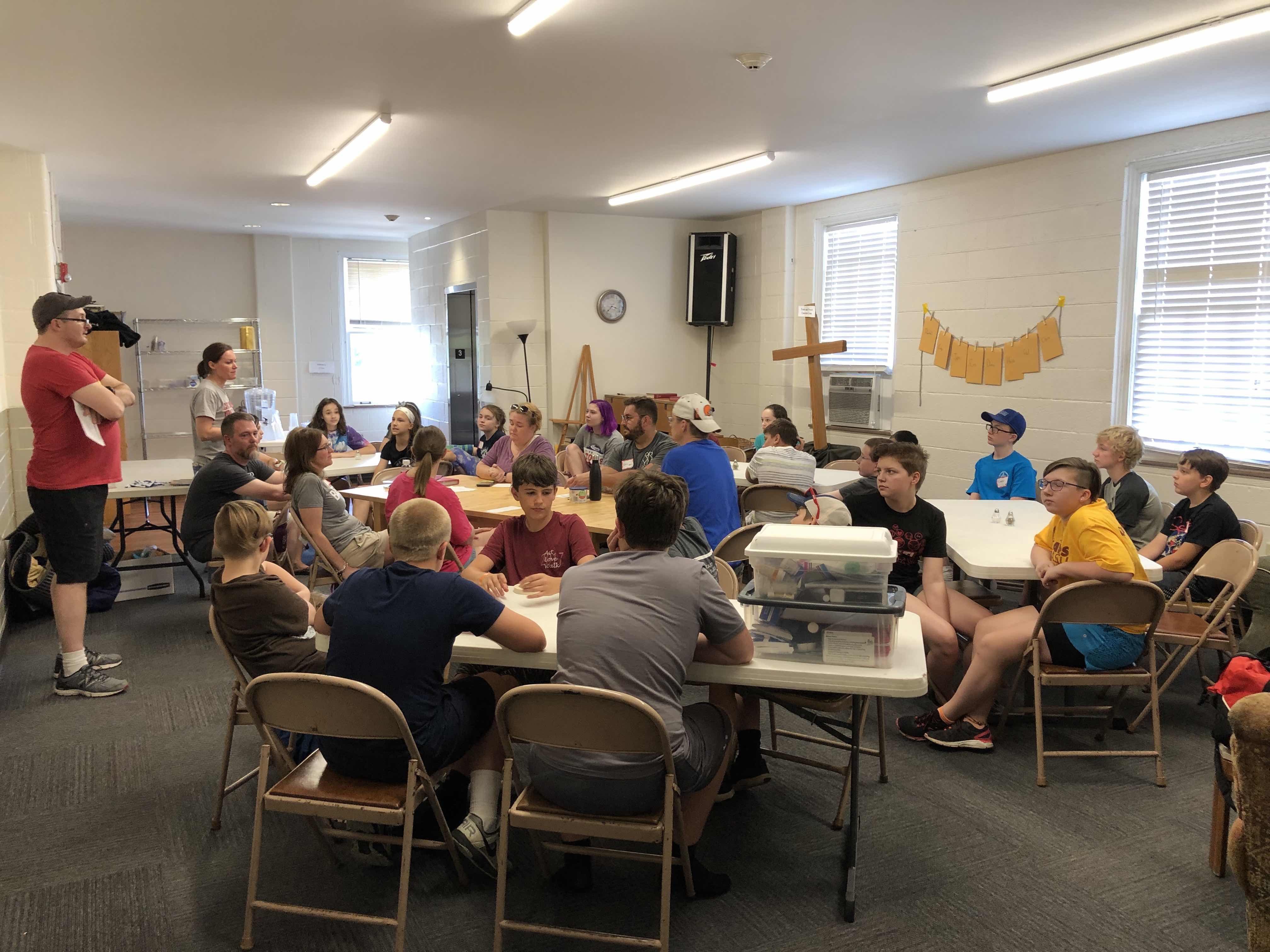 Posted by Robert McDowell at 7:27 AM No comments:

Sermon (June 17) by Rev. Robert McDowell “Life of David: Looks Can Be Deceiving” 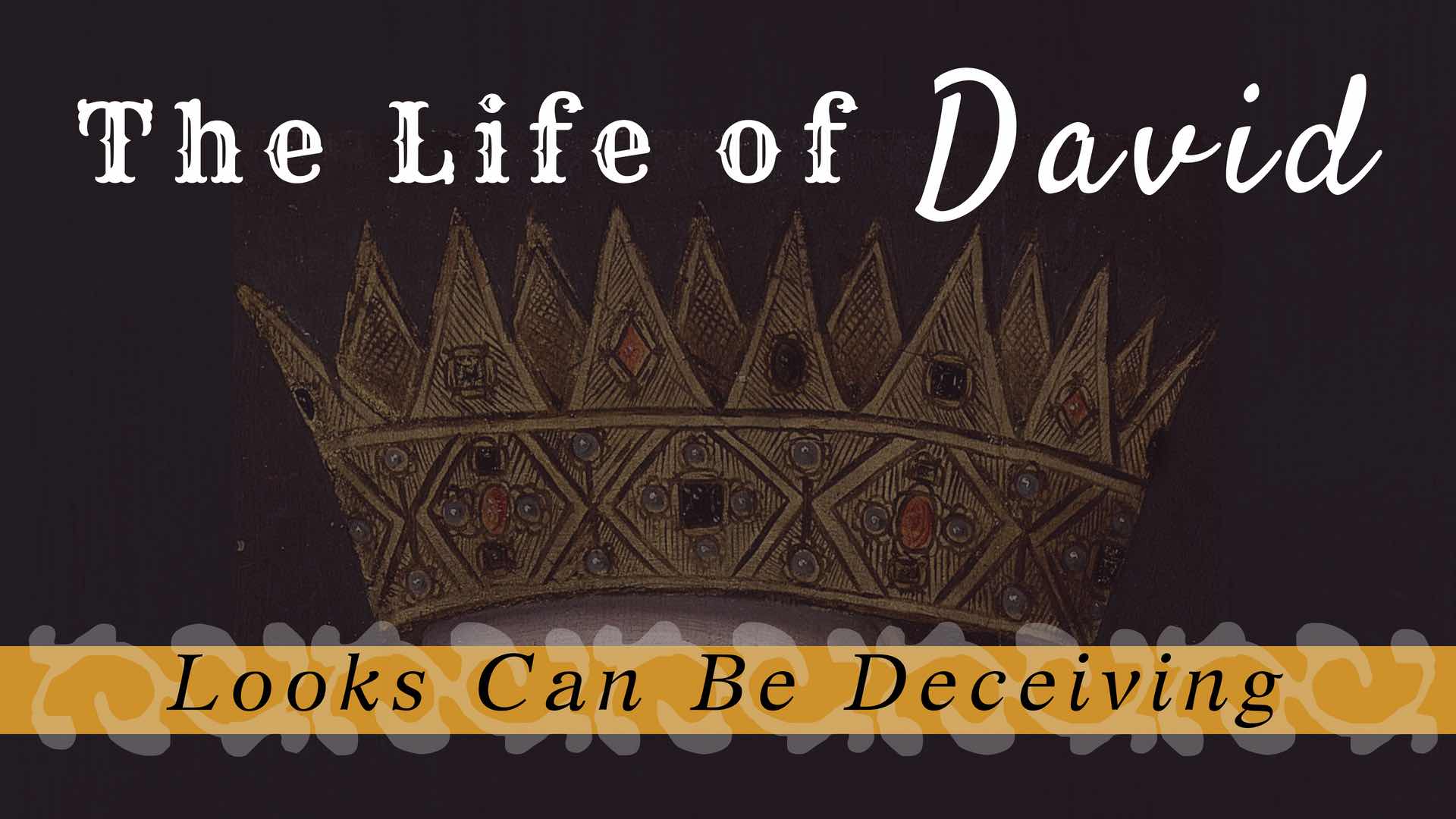 A small country church was in need of a guest preacher to fill the pulpit one Sunday morning so the pastor arranged for someone he knew to come and preach that morning.  The person who was asked to preach had never been to this church before and he also had a heart for missions and the homeless.
Since the congregation had never met him before, he decided to take advantage of his anonymity by being a little sneaky but also creative in preparing for his sermon.  Here’s what he did.  He dressed up as a homeless man and arrived at the church long before the first people arrived.
Wearing a tattered old coat, smelly jeans, and torn shoes, he huddled near the entrance of the church to see how the church members would react.  When it would be time for worship, his plan was to then enter the sanctuary and surprise the people by being their guest speaker.  He was then going to preach a sermon on how God calls us to reach out to people in need.  That was the plan, anyway.
The first few people who arrived that morning were horrified to find this man huddled next to their church door.  They didn’t know what to do so they ignored him and came into the church and found their place in the pew.  This was pretty much the response of everyone else who arrived that chilly fall Sunday morning.  They just walked right by this man in disguise and prepared for worship.
It was time for the service to begin but there was still no sign of the guest speaker.  The congregation assumed that he had either gotten lost or that he simply forgot.  One man decided to use their extra time to take care of the problem of the homeless man and so he called the police.
My pastor friend who was telling me this story said that his guest speaker friend was startled when the police cruiser pulled into the tiny church parking lot.  His plan had taken a twist that he didn’t anticipate.  After explaining to the officer that he wasn’t really homeless and that he was actually the guest preacher, can you imagine the expressions of shock and horror as this man took his place in the seat next to the pulpit?
You have to hand it to him.  He made his point.  Looks can be very deceiving!  One thing is for sure.  The people in that little country church will probably never forget that Sunday when a homeless man preached the sermon.
The Story of the choosing of David as the King is one of the most familiar and favorite of the Old Testament stories. We already heard the story.
Samuel is sent to Bethlehem to find the farmer Jesse to select from among Jesse's sons a new king for Israel because the sitting King of Israel, Saul has lost God's favor.  So one after the other, the sons of Jesse are paraded before Samuel.
And what a family this is.  What a proud father, Jesse must have been.  He had it all.  He was a prominent man in his community and probably well off.  And just look at his picture-perfect family.  We’re introduced to Jesse’s first son, Eliab.  Picture in your mind, six foot five, 220 lbs., handsome.  And he’s just the first of several sons introduced to Samuel.  I mean, any of his sons would be potential recruits for Urban Meyer.  These are five star prospects.
This is the family that would definitely want to send out Christmas cards with a family photo and a description of how each son is either in law school, studying to be a doctor, or won a medal at this past Winter’s Olympics.  This is that kind of family!
Samuel immediately thought Eliab was the one.  “Well that was easy.  Eliab, the Lord has chosen you to be…Wait a minute, what was that Lord?  What do you mean he’s not the one to be the next King?  He’s perfect.  Why wouldn’t you want him?”
But the Lord tells Samuel, “Do not look on his appearance or on the height of his stature, because I have rejected him; for the Lord does not see as mortals see; they look on the outward appearance, but the Lord looks on the heart.” And one after the other, each of Jesse’s impressive sons are rejected by the Lord.
Finally, the youngest of the sons, David, is brought forward—almost as an afterthought.  Compared to his brothers, David is more of a delicate and ruddy-skinned boy. “This is the one who is to be King,” the Lord whispers in Samuel's ear. Samuel immediately anoints David as king in the presence of his brothers, and “the spirit of the Lord came mightily upon David.” For God sees what we cannot see.
Looks can be deceiving, can’t they? 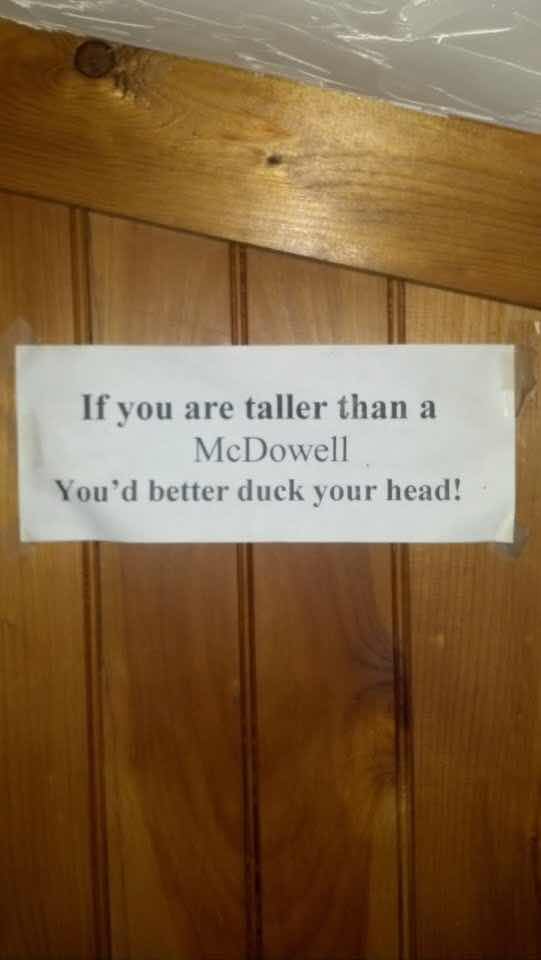 I must say that I’m a little conscientious of this whole height thing.  The McDowell family has never been known for being that tall.  Taking a family picture when we get together is a problem because when the person with the camera asks the taller people to stand behind the others, nobody moves. None of us are that tall.
My brother has a sign at the top of his stairs leading to his home office warning people to duck because of the low ceiling.  The sign says, “If you are taller than a McDowell, you’d better duck your head!”
About ten years ago, I got to meet basketball legend, Jerry Lucas. Here’s a picture of Jerry and me during his visit with us.  I’m the guy on the right if you can’t tell. 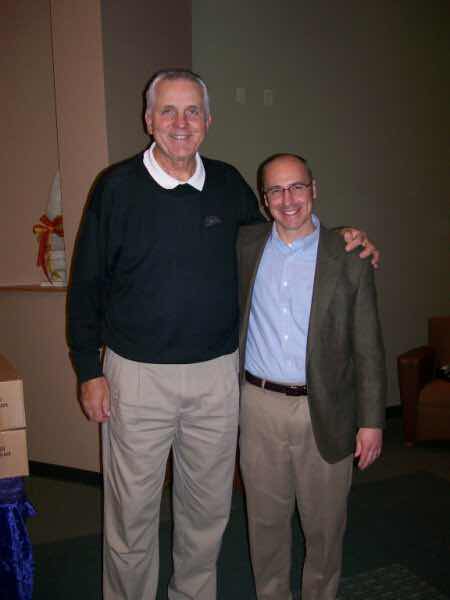 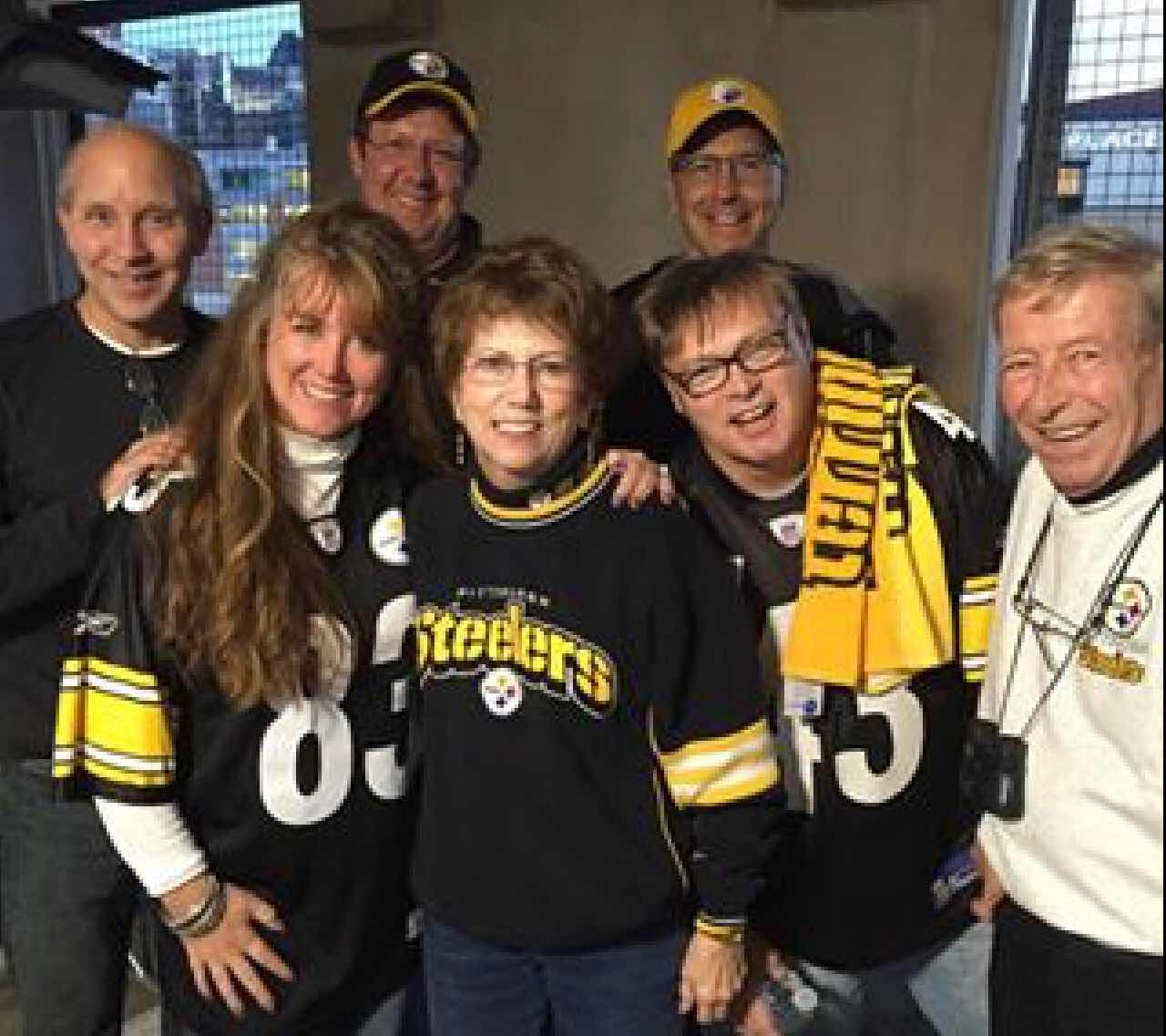 [Joanne not only rooted for the Steelers, but she also had a “Steel Curtain” faith in the many ways she loved her family and friends, served through her church, and put up a tenacious battle with cancer over the past several years. Pictured above is Joanne front and center. She always made awesome tailgate chili! Joanne was married to my cousin, Gene, far right. I am standing in the back right of the photo. Below is the prayer I offered at her funeral service which was held at Second Presbyterian Church, Oil City, PA.]
God of love, surround all of us as we gather to give you thanks for the life of Joanne McDowell. Even as we shrink before the mystery of life and death, help us to see the light of eternity. Be with us during this time of awesome wonder and gratitude as we reflect upon the many ways that Joanne has touched each of our lives.
We are grateful for the many signs of your presence in the midst of our grief and loss. Thank you for reminding us of so many special memories we had with Joanne. Thank you for all of the ways that she made a difference in people’s lives through her teaching career. Thank you for how she expressed her faith by serving others through the ministries of her church. Thank you for her love of her family and friends. And thank you O God, for how she lived her life so joyfully even as she battled with cancer these past several years.
O God, our hearts are filled with sorrow but they are also filled with great love and gratitude as we remember how Joanne has blessed us in so many different ways. As we walk through this valley of the shadow of death, replace our fear with trust, our grief with hope, and our sorrow with the promise of resurrection. Thank you that there is nothing that can ever separate us from your great love in Christ Jesus our Lord, not even death, for you are our steel curtain. In the name of Christ, we pray. Amen.
Posted by Robert McDowell at 7:58 PM 1 comment:

Email ThisBlogThis!Share to TwitterShare to FacebookShare to Pinterest
Labels: Family 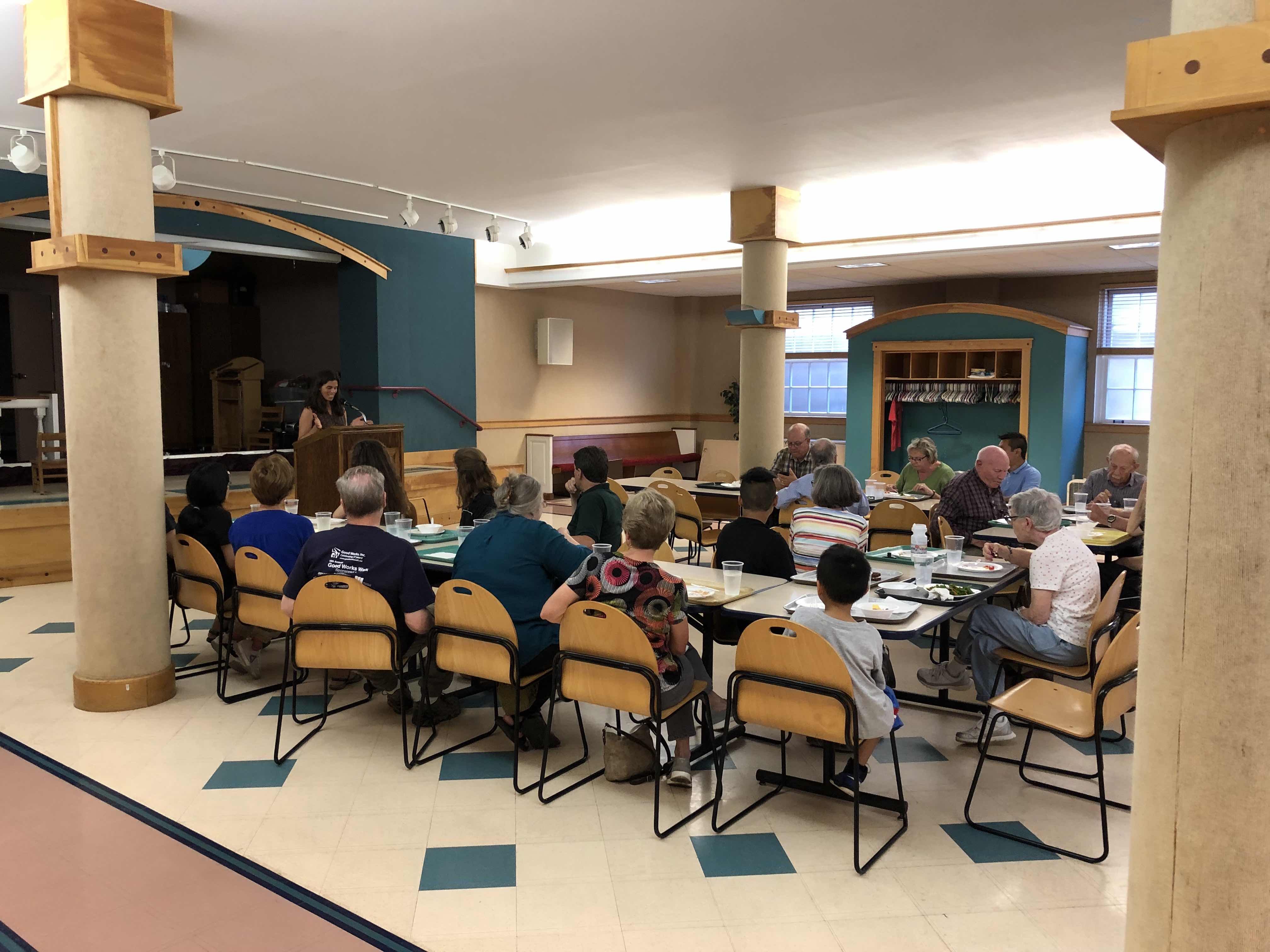 Sermon (June 10) by Rev. Robert McDowell “Life of David: Watch Out What You Pray For!” 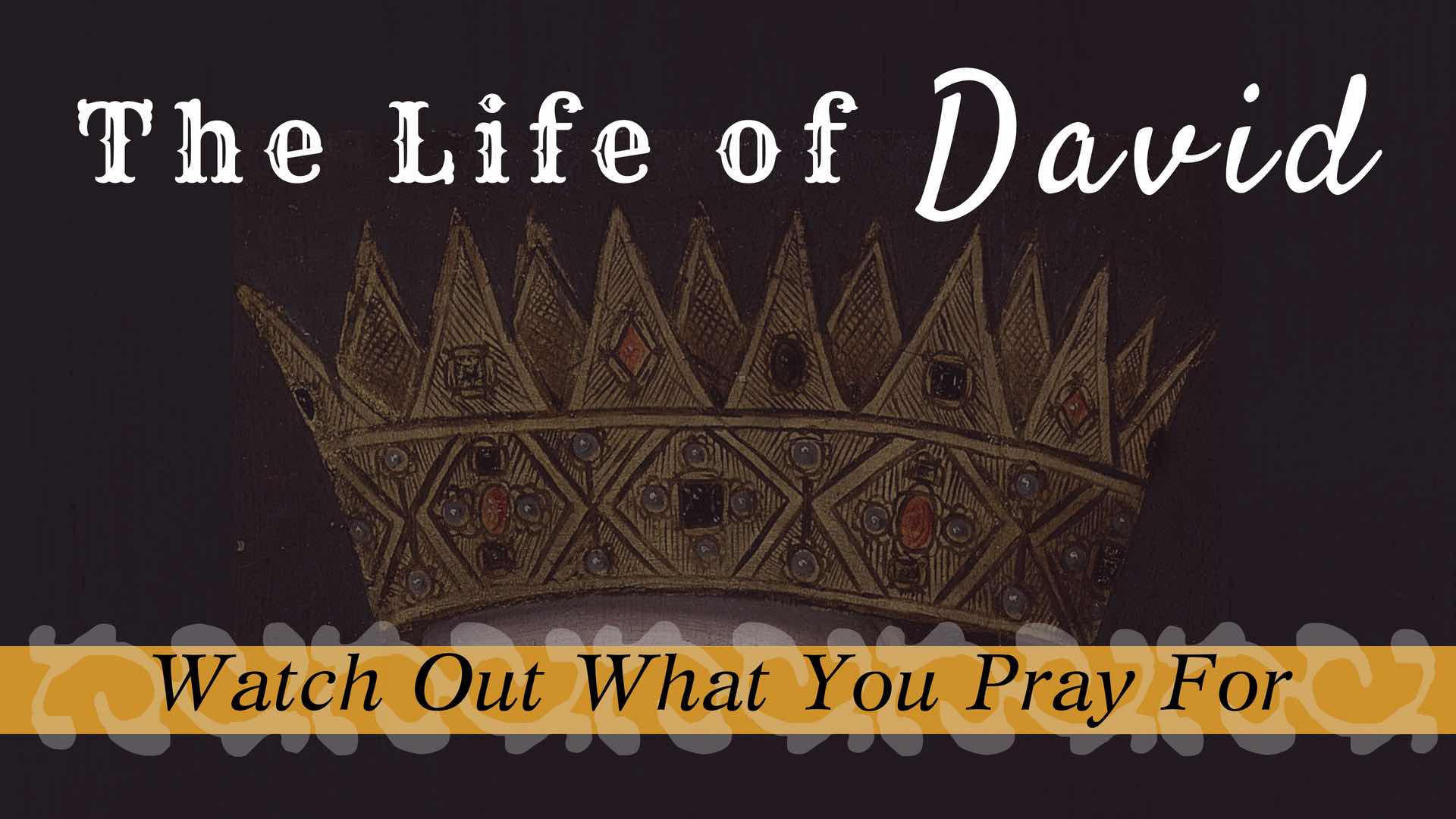