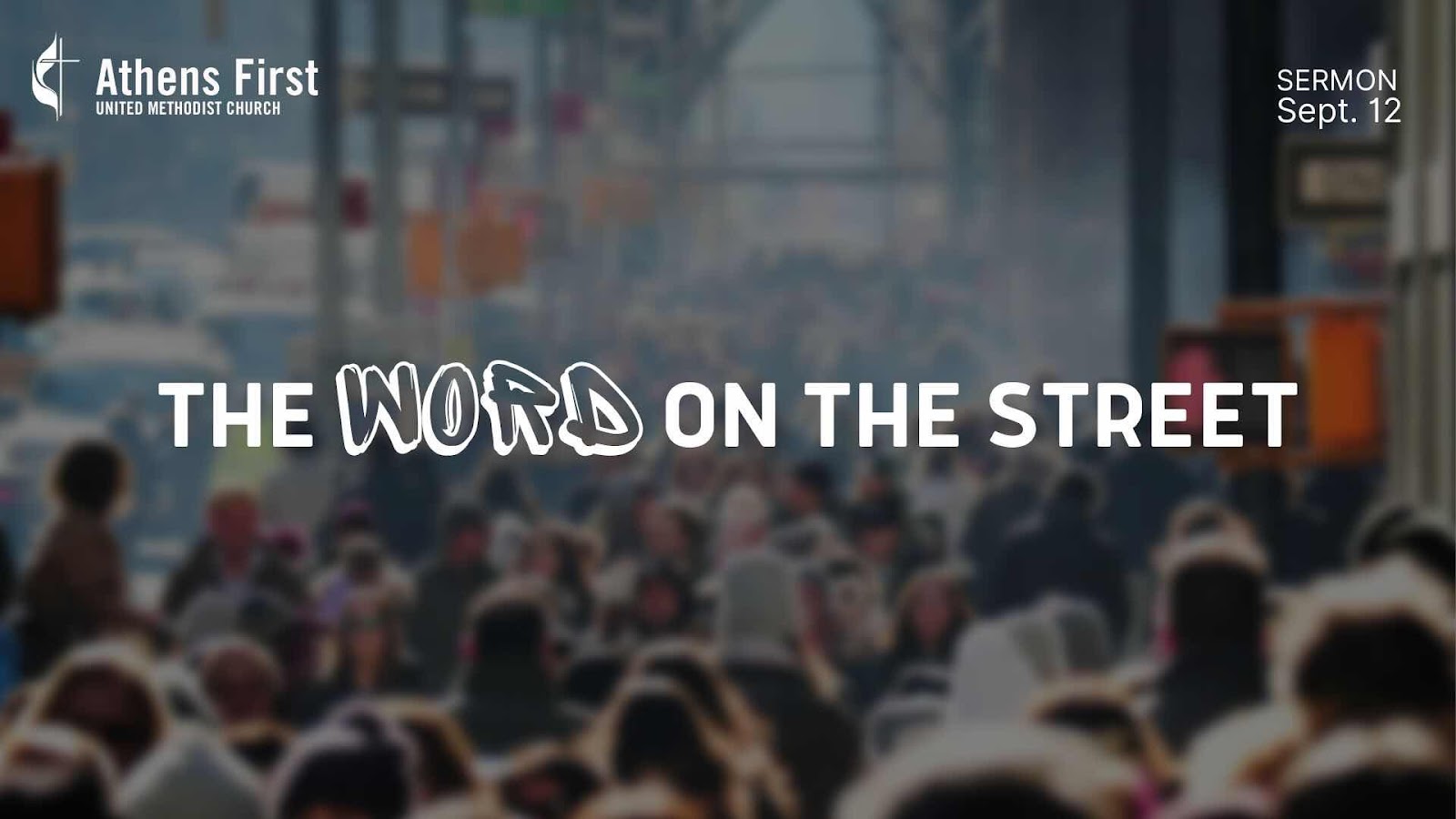 When was the last time that you did something foolish? It probably wasn’t that long ago because we all do foolish things from time to time. We are human beings which means that we are prone to do foolish things.

I was reading an article about foolish things people have done. I think I read that article because it made me feel better about myself. These were pretty funny and made me smile.

Someone shared the story of a time when he spent almost an hour searching his house for his phone....WHILE he was on the phone with his mother. He says that she could hear him getting frustrated and throwing things around, so she asked what was wrong. And he replied, "I can't find my phone anywhere! I have been looking for it the whole time that we’ve been talking…” That’s when he said, “oh, nevermind.”

Someone else mentioned that they couldn’t find their favorite pair of shorts. He spent the next half hour looking everywhere for them and then realized that he was already wearing them.

Somebody posted on Twitter that they just made some yummy synonym rolls and showed a picture of them. Someone else responded, “Yeah, just like grammar used to make.”

Another person asked if anybody knew the name of the boat in the movie, “Titanic.”

This person was showing off some pictures that they had taken with their new iPhone. They said, “The quality of these photos is so surreal, it’s like Leonardo DiCaprio had painted them.” I wonder if this person thinks that Leonardo DaVinci was an award winning actor.

If we had enough time, I’d share some foolish things that I have done as well. Ok, just a couple, I guess.

I think it was my first year here as your pastor and in one of my announcements during worship, I invited you all to attend a “Cabernet” event and I meant to say “Cabaret.” Many of you were a little disappointed that we were only offering water and punch, but you loved the music!

During a weekday here at the church, somebody called into the church office needing to talk to the pastor. When the phone in my office rang, I thought it was our Office Manager letting me know who was on the other line.

So, I decided to have a little fun as I like to do sometimes thinking that it was our Office Manager. I picked up the phone and in a very snobby voice I said, “Yes, this is the Right Reverend and Most Holy, Senior Pastor, Robert McDowell. Please state your purpose for calling.”

And there was this brief pause and my heart sunk when I realized the person on the other end wasn’t our Office Manager. It was an attorney regarding an estate gift that was being made to our church.

I was so embarrassed!

So yeah, I have done my fair share of foolish things, but don’t we all.

Wisdom is so important in the Bible that we are told here in our Proverbs scripture reading that it even cries out in the streets to get our attention. In verse 22 of our scripture reading, we are told that wisdom cries out, “”how long, O simple ones, will you love being simple.” By the way, I don’t think the use of the word, “simple” here is a compliment.

If you have ever seen or heard how somebody did or said something that was so thoughtless, so irresponsible, so selfish, and so hurtful toward themselves or others, maybe this is the visual of what you felt like doing in that moment! You just couldn’t believe that someone could be so foolish, thoughtless, and uncaring. 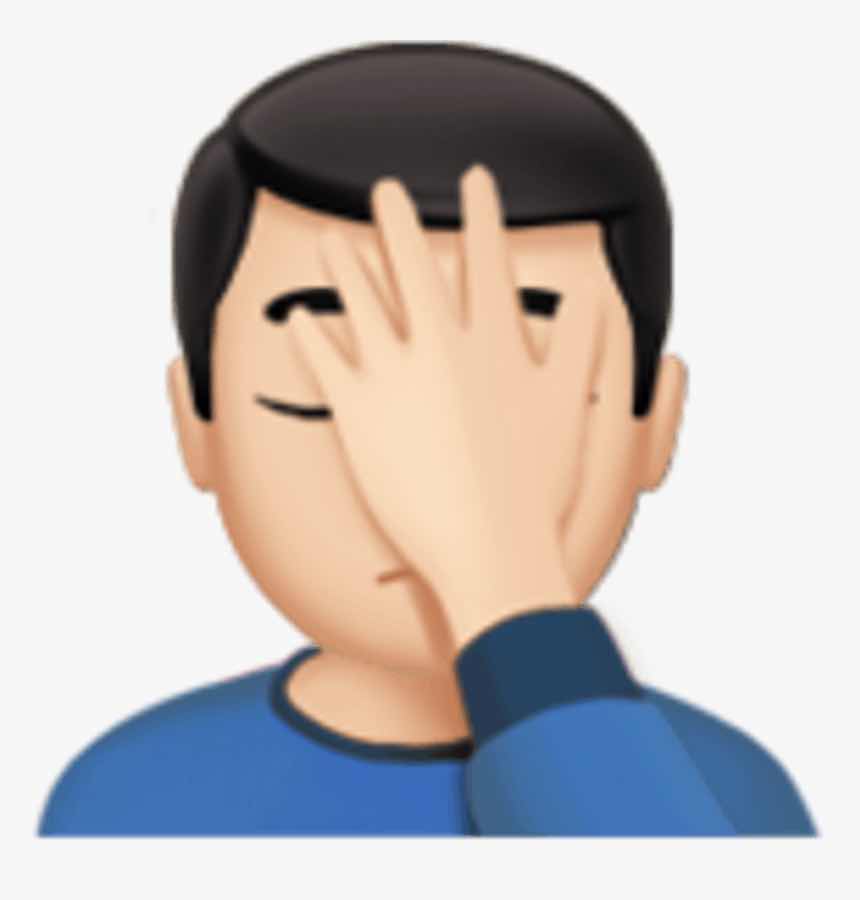 Or maybe upon further reflection, you realized that it was you that did or said something that was foolish, you might have done the palm to the forehead. We can all be foolish where we make impulsive and shortsighted decisions. 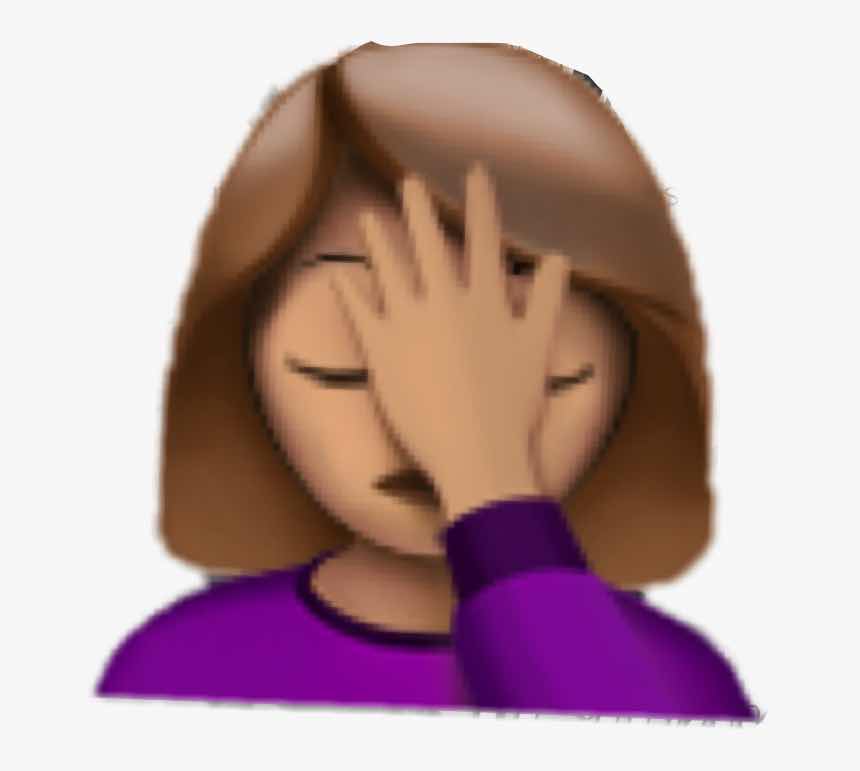 The Book of Proverbs has a word of hope for us human beings who are prone to do foolish things. And again, I’m not referring to the light-hearted things. That’s part of being human. I’m referring more to decisions that do not reflect our best selves in how we live our lives and care for one another.

The Book of Proverbs was most likely written after Israel had been in exile for the past several decades. Their pride and foolishness had placed them in a vulnerable situation that led to their exile by the Babylonian Empire.

Their foolishness was that they had turned from God and refused God’s wisdom which led them into exile. The Book of Proverbs is to remind God’s people who are now back home from being in exile to seek wisdom and to not be foolish as they look toward the future.

Notice that the wisdom that God wants us to have is not hidden somewhere. We are told that wisdom cries out in the streets and in the squares for all to hear. Even on the busiest street corner, wisdom cries out. In verse 23 of our Proverbs reading, God says that “I will pour out my thoughts to you and I will make my words known to you.”

The word on the street is wisdom calling out to each one of us. I love this descriptive way of showing how wisdom is accessible. We don’t even have to be in church to hear wisdom speaking to us. It’s calling out in the coffee shops, in the classrooms, on Court Street, on East State Street, in the restaurants and bars, in churches and everywhere we go. Wisdom cries out in the streets because that’s where we spend most of our time.

Sometimes, the choices we face in life are not about wisdom vs. foolishness. It’s more about making a wise decision when the pathway in front of you doesn’t look very clear.

A recent high school graduate wanted to meet with me one day. He wanted to know my thoughts on Christians serving in the military because he was thinking about enlisting.

He was conflicted because on one hand he wanted to serve our country but at the same time, his Christian faith was very important to him and he took Jesus words from the sermon on the mount very seriously about loving your enemy and doing good to them. He wanted to know what I thought about this spiritual conflict and what the United Methodist Church had to say about it.

And so together, we did a little study of the topic there in my office from the perspective of our denomination. Our denominational Social Principles state that war is incompatible  with the teachings and example of Christ but then it goes on to say that “when peaceful alternatives have failed, the force of arms may regretfully be preferable to unchecked aggression, tyranny and genocide.”

Before he left that day, I told him that whatever he decided to do, God would still be with him to guide and direct him. He also reached out to other people he trusted to get their thoughts and he continued to pray about it.

He ended up deciding not to enlist. A very gifted athlete, he made the decision to attend college instead, becoming an incredible place kicker for the football team.

I lost track of him as time went by until a couple of years ago, I saw an article where he was being inducted into his college’s sports hall of fame. It made me smile because I remembered that day when he came to get my thoughts on this issue as his pastor. He was seeking to make a wise decision regarding the future direction of his life.

Wisdom may cry out in the street, but it’s also not handed to us on a silver platter. When wisdom calls out to us, it’s calling us to think about our decisions, to live in the tension, to pray, to discern, to seek counsel, and then by God’s grace, to make decisions that would best express who God is calling us to be.

I always wonder if anyone takes time to look up and notice the words that are engraved on the College Green archway entrance. It’s there every single day on the busy and noisy intersection with people and cars going by on a daily basis. 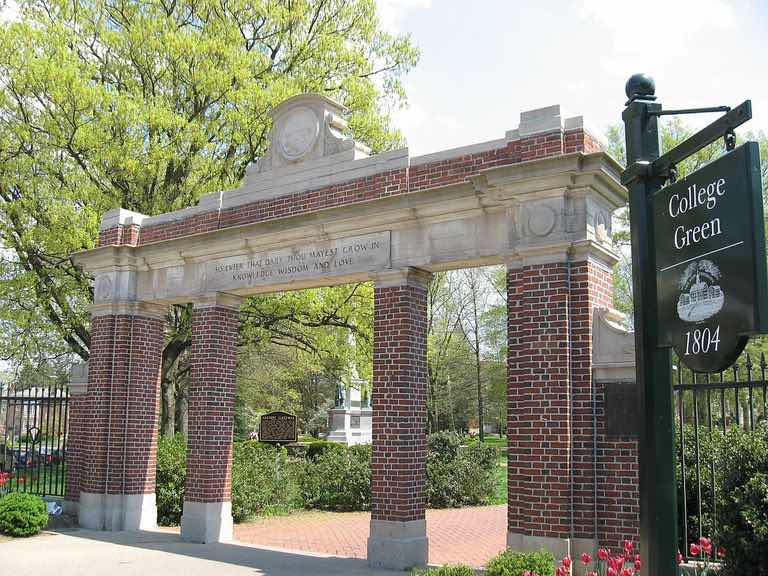 Those words are “So enter that daily thou mayest grow in knowledge, wisdom, and love.”

The Word on the Street

Sermon Discussion Questions
Proverbs 1:20-33
September 12, 2021
The Book of Proverbs is known as a book of wisdom. It encourages us to be wise and not foolish. This is not referring to silly things we  do from time to time. That’s a different kind of foolishness.
Share a time when you did something silly like misplace your car keys, leave your purse at the restaurant, checked your mail box on a federal holiday, or referred to somebody by the wrong name.
The kind of foolishness that the Book of Proverbs is talking about is a foolishness where we make impulsive decisions without prayer reflection and consultation. Foolish decisions that do not express our best selves are what prevent us from being the people God has created us to be. In verse 22 of our Proverbs reading, the writer says, “How long, O simple ones will you continue to be simple?”
Share a time when you made a wise decision based on prayerful reflection and consultation.
Our Proverbs reading tells us that wisdom cries out in the streets and in the squares for all to hear. In other words, wisdom doesn’t remain silent. It is calling out to us in our everyday lives. God is always reaching out to us in any given moment!
What helps you to listen for wisdom calling out to you? Why do you think that we sometimes don’t listen for it?
Pastor Robert closed the sermon by sharing the phrase that is engraved on the College Green gateway entrance that is next to the busy four-way intersection on Court Street. It says, “So enter that daily thou mayest grow in knowledge, wisdom, and love.”
Do you have an important decision that you are facing in your life? What are some ways that can help you to hear God’s wisdom calling out to you?
Posted by Robert McDowell at 5:00 AM