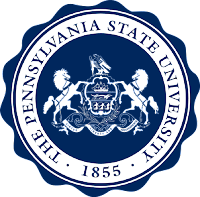 After reading through the Freeh's report regarding the sex abuse cover-up over the past several years at Penn State University, here are some of my thoughts in moving forward:

First, the positives out of this very tragic story:
Now for the negatives:

Posted by Robert McDowell at 12:46 PM

Well said. I am embarrassed by the annual out of control partying each spring st my Alma-mater, Ohio University, and that is nothing even approaching what happened at Penn State...

People trusted with great power failed those kids, and I can't even imagine what was going through their heads when they decided to cover this up and look the other way instead of confronting Sandusky's evil acts directly. And we probably will never know.

But this is the failing of individuals, not the institution as a whole and I respect how those in charge now have taken swift, decisive action to investigate and address the issue to begin the healing process. Penn State will become a much better institution because of the way they are handling a difficult and tragic situation.

Sylvia Macduff
Robert. stand tall for Penn State as it was less than 10people who took part in the cover up. I feel so sorry for this year graduating class as they will be linked to this for a long time. I will always remember your love for P S and I hope that you will wear your tie when the footbell team wins this year. The student's didn't do anything wrong.